The prostate is a small walnut-sized gland, which is a part of the male reproductive system. The main function of the prostate is to produce the seminal fluid, which forms a major part of the ejaculate. This contains substances that help in liquefying the ejaculate hence helping the sperms to reach the female reproductive tract. Like other parts of the body, cancer can also develop in the prostate gland. It is the most common cancer amongst men affecting about 1 million males in India every year. If detected early it can be treated. But, any delay in its diagnosis enables it to spread across the bones and lymph nodes of the body.

What are the symptoms of prostate cancer?

In most cases, prostate cancer does not cause any symptoms. In fact, these days more and more cases of early prostate cancers are being detected because of the routinely prescribed PSA test by physicians as part of the annual health check-up after a certain age.
If prostate cancer does cause any symptoms they are indistinguishable from benign prostate hyperplasia, the non-cancerous enlargement of the prostate, which causes urinary trouble. Cancer can lead to death if not early diagnosed and treated properly. Please consult with your family if your body reflects any cancer symptoms and opt for the best Prostate Cancer treatment in Pune to get rid of this deadly disease.

In advanced cases when the disease has spread to the bones or lymph nodes other symptoms may occur, such as:

Prostate cancer treatment is done by Prostate Cancer Oncology Specialists after performing a set of screening tests.
The tests include a Digital rectal exam and prostate-specific antigen (PSA) test. These tests help identify prostate cancer in the initial stages. After the diagnosis, the following types of treatment is done considering the age, stage, risk factor, and health of the patient.

Radical Prostatectomy Surgery is the process of removing the prostate partially or completely.
They are of three types:

In radiation therapy, the cancer cells are killed using high-energy rays. Radiation is also done to treat cancer even if it exists after the surgery.
Two different types of radiation therapy are used to treat prostate cancer:

Hormonal therapy or Androgen Deprivation Therapy (ADT) blocks or lowers the levels of testosterone and other male sex hormones using drugs. As these hormones are responsible for aggravating cancer, they are removed through medication or surgery.

Cryotherapy is done to freeze the prostate gland. This freezing of the gland destroys the cancer cells. Usually, men who cannot undergo radiotherapy or surgery due to health issues are required to undergo this treatment. 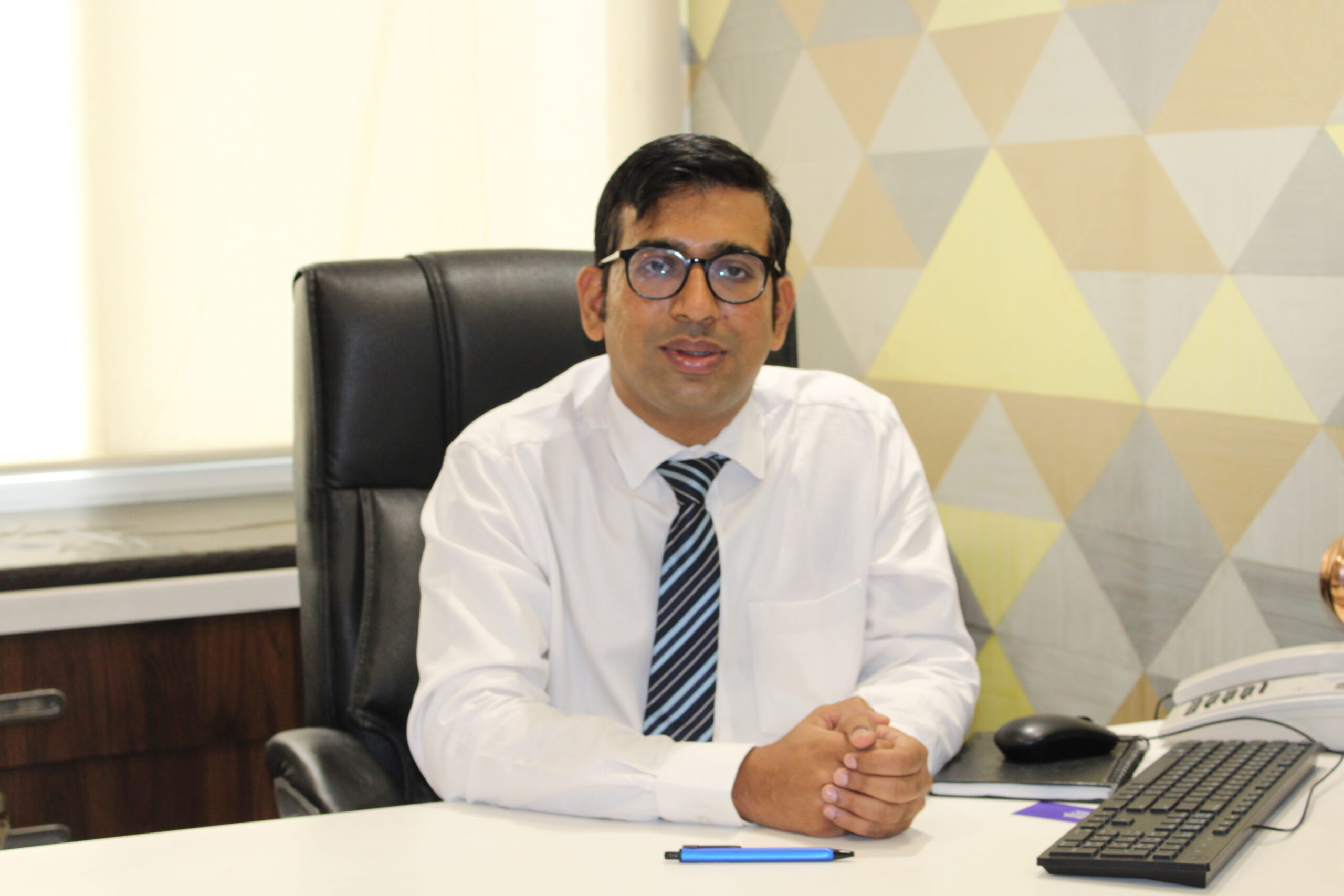 Dr. Irfan Shaikh – Consultant Urologist & Uro Surgeon (MBBS, MS (Gen. Surgery), M.Ch. Urology), is one of the Top Urologists In Pune. A gold medalist in the department of Urology, Dr. Irfan Shaikh specializes in Female Urology in India. He has finished his education from one of the top colleges with MBBS from Byramjee Jeejeebhoy Government Medical College & Sasson General Hospital in Pune and MS in general surgery from PGI, Chandigarh. Moreover, he has also done M.Ch in Urology from Topiwala National Medical College & BYL Nair Charitable Hospital. Having so many degrees from prestigious institutes, Dr. Irfan Shaikh ensures to treat his patients with all the knowledge that he has accumulated over the years.

What Is Prostate Cancer?

Signs and Symptoms of Prostate Cancer?

It’s hard to detect prostate cancer in the initial stages as the symptoms are not quite evident.

However, advanced prostate cancer often causes the following signs and symptoms:
● Bone pain
● Blood in semen
● Frequent urination
● Erectile dysfunction
● A slow stream of urine
● Sudden urge to urinate
● Bleeding while urinating
● Difficulty emptying the bladder completely
● Sensations of burning or pain while urinating
● Pain in other areas such as chest, back and pelvic

If you notice any of these symptoms, please visit a Prostatitis Specialist immediately.

What is treatment for prostate cancer?

How can you treat prostate cancer?

Depending on the stage of cancer, age of the patient, and the overall fitness levels of the patient, there are various prostate cancer treatment options available such as:
A) Active surveillance and watchful waiting
In some patients particularly with an early stage and grade of the disease, prostate cancer grows very slowly. So much so that they may never need any treatment for the disease. For such patients, their urologists may recommend either watchful waiting or active surveillance for a period of time.

WATCHFUL WAITING: No treatment is advised and no further tests are recommended. Patients are treated if only any symptoms show up due to an enlarged prostate.

ACTIVE SURVEILLANCE: No treatment is indicated but the patient is kept under observation. A PSA test and digital rectal examination are done every 6 months and once a year a repeat prostate biopsy is done. If the results signify an increase in the quantum of the disease then the treatment is initiated.

B) Prostate cancer surgery (radical prostatectomy)
In the early stages and grades of prostate cancer, surgery for removal of the prostate gland is an option. The entire prostate gland and seminal vesicles are removed and in selected cases, lymph node dissection is done. This can be done by:

C) Radiation therapy
In this treatment modality, high energy rays or particles are used to kill the cancer cells.

D) Hormonal therapy
Prostate cancer cell growth is stimulated by androgens secreted in the body mainly by the testicles but also in a small amount by the adrenal glands. Androgen deprivation therapy is used to deprive the cancer cells of the stimulus to grow. A combined androgen blockade is given that is both androgen deprivation (medical or surgical castration) as well as the use of anti-androgens.

Hormone therapy is usually used if:

E) Chemotherapy
Chemotherapy drugs are anti-cancer drugs given either orally or by injections. They are mainly used when prostate cancer has spread beyond the prostate involving other parts of the body. The intent is not to cure the patient but to halt the further spread of disease and to palliate symptoms caused by the spread of the disease.

F) Treating prostate cancer spread to the bones
Prostate cancer tends to spread to the bones. This can lead to bone ache, which can be very severe. Also, pathological fractures can happen in the affected bones. In such cases, drugs called bisphosphonates are used to relieve the pain, halt the spread of the disease, and strengthen the bones to prevent pathological fractures. At times, even radiation therapy needs to be used to decrease the pain.

Being an IT Development professional, it is very difficult to manage the work & lifestyle at the same time. As time passed, the workload became mostrous & so the stress. Many problems & health issues started sprouting. The body started reacting. I started feeling problems with sexual life. It was erection related. On the suggestion of a good friend of mine and after researching through practo, I decided to give it a try. After consultation & correct treatment, of course with regular follow-up, I am feeling much better and have recovered very well. I thank you Dr. Irfan Shaikh for being such understandable and patient with me. It was a very good experience with you. I recommend this doctor.

It was my 2012 when I was detected with kidney stones. Since, then I had 3 recurrences, 5 surgeries, and 2 times incomplete stone clearance. It was 6th time, I was about to go under the knife. I was totally frustrated & fed up with the hospital smell. This time, I wanted a solid solution with 100% assurance of clearance. I consulted at least 5-6 doctors before choosing one. Many of them were unsure of results, as I have a tendency for recurrence. So, in the process, I met Dr. Shaikh with reports. I was expecting the same words. But, I didn’t have a chance. He was quite sure about stone clearance. I felt relaxed & happy, as there was the hope of a solution. Then, after thorough consultation and planning, He operated on me. At end of the surgery, I had 3 things, 10 mm stone, 100% stone clearance, and Happy life. I thank Dr. Irfan from bottom of my heart. He was like an angel to me. It now 2 years from my last surgery, I living a pain-free life. I will definitely recommend any kidney stone patient who is suffering from stone. Thank you

During my 2nd pregnancy, suddenly, I started feeling back pain. At the start, it was mild, so I ignored it. But, with time, It was growing. It was making me restless. I met my gynac, she predicted, it might be stone. & her worry was true. 6mm stone in Kidney. I visited 2 kidney stone specialist, but couldn’t found them satisfactory. I met Dr. Shaikh, in Bharati Hospital. He listened to me carefully & Complete. He suggested to me some good routine and plan to operate my stone, as it was not possible to operate during pregnancy. His plan & routine made my pain & life bearable. Immediately, after delivery, I underwent surgery & found a grown stone of 8 mm. It was a huge relief. I really appreciate Dr. Shaikh for his understanding, behavior & skills. Thank you doctor for saving me from horrible pain & restless life.

Our Specialists Seek Help. Get All Your Doubts Cleared

Book an Appointment
Go to Top